Last week I wrote an article titled Why Many Unemployed Workers Will Never Get Jobs .It was published on the Huffington Post. It kicked up quite a firestorm with over 4,600 Likes on Facebook, nearly 1200 emails, and as of this writing, almost 500 comments. 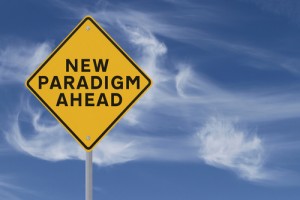 In the article I wrote that “we have a huge problem on our hands that runs much deeper than the unemployment figures reveal.” Based on the passionate, angry, and sometimes profanity-laced comments I received, I touched a nerve. I underestimated the problem – it’s much bigger than huge!

Comments ranged from “Ira Wolfe is a stupid motherf—-r” to “best article ever published on Huff Post.” Many people – largely unemployed and under-employed workers – seem to have perfected the art of character assassination and finger pointing. They may not have work skills but they sure can write a mean letter.

More specifically and one purpose of the article, I wrote about why traditional job training programs wasn’t working. In fact, all many programs seems to do is establish false hope and promises, a situation confirmed by many of the responders,.

The problem with traditional job skill training in many cases is that you can walk a horse to water but you can’t make it drink. Far too many workers — employed and unemployed — don’t seem interested in finding water on their own. They want and expect someone else to find the water, make sure the journey isn’t too arduous, and get someone to pay for it.

Hundreds of people took offense to this. Their push-back only confirmed that I was right – to a point. It wasn’t that they wouldn’t drink but many can’t find the well on their own.

To be fair many comments opened my eyes to circumstances I had not considered. There is old saying that goes something like this – when you listen, two people learn.

Here is one thing I learned – some unemployed workers simply got the short end of the stick. They shared personal stories how they went back to school to get a certificate or degree at their own expense. That took the initiative and made the investment of time and money to better themselves.

Unfortunately they were victims twice-over. Someone changed the rules mid-stream and didn’t tell them.

First they were either laid off, terminated, outsourced, downsized, or stuck in a stagnant wage job. They did the right thing or at least thought they were doing it by going back to school. But many unemployed were sold a bill of goods. Despite personal investment and hardship, nothing changed for them except many are deeper in debt, thanks to receiving training or education for jobs that are headed to the low-wage dumper or toward extinction.

The only beneficiaries in many job training programs are the schools, organizations, and the trainers.

Many unemployed were duped to believe that a certification or degree guaranteed a good paying job…or any job for that matter. With slow job creation, an overabundance of “overqualified” workers, and a lack of skills required for more competitive wage jobs, these workers feel like they have “sucker” written across their foreheads. The problem is that the current labor and job market is anything but traditional and many programs still teach like nothing has changed.

Aside from these workers and many with similar bad luck stories, I’m sticking to the premise of the article:

Thanks to years of economic prosperity, government entitlements, union contracts and most recently a generation of helicopter parents, many workers from aging Baby Boomers to the young adults known as Millennials don’t have the motivational skills to achieve their own success, to keep themselves safe, to avoid a personal crisis, and to get themselves out of a jam.

When I refer to motivational skills, I mean basic life skills. The skills we used to learn as children that carried us through the trials and tribulations of adulthood. Children learned to entertain themselves. When we fell, we were told to get up, dust ourselves off, and try again. We learned there was a difference between winning and losing. Just playing the game was an opportunity, not a guarantee.

Joblessness is a very complex problem. Many people are caught between the proverbial rock and hard place. With outdated skills, homes “under-water,” aging parents, rising tuition, and a host of other factors, jobs may be available but the workers are just in the wrong place at the wrong time. It’s an incredibly tough cycle to break when you’re poor and/or homeless, too.

Despite popular belief, I wasn’t blaming the unemployed and under-employed for their predicament. I was merely stating the fact that many workers -both employed and unemployed – lack the basic skills to create their own success and future. The lack of skills doesn’t make them bad, lazy or unmotivated people. They are just dependent on other people to create their future and rescue them. Ironically that’s a motivational skill too which has worked well for decades, if not longer.

The solution offered by many people is run faster and harder, juggle multiple jobs, and make an honest effort to get ahead. Unfortunately more activity and intensity does necessarily translate to a good paying “permanent” full time job in this hyper-competitive, dynamic, fast paced, complex workforce.

It comes down to this. Knowing where, when, and how to find a job opportunity these days and competing successfully for it is a skill many workers lack. Job search is no longer as simple as applying and interviewing these days. You don’t get paid for submitting a hundred resumes and performing well in interviews. There is only viable metric of success when it comes to getting offered a good paying job these days – you’re hired! Joblessness and unemployment is not always due to a lack of initiative or effort or motivation. It’s the person’s inability to escape a bad situation and build a new future.

(Companies aren’t blameless either. Many managers lack the skill required to find, identify, and retain talent when they see it or have it. Even when the right person with the right skills shows up on their doorstop, they often times don’t see recognize it until it’s too late.)

Read the full article Why Many Unemployed Workers Will Never Get Jobs here.

Is it possible to bring the jobs back?

Jobs Disappearing at Accelerating Rate – Is Yours at Risk?

Small Business Knows Best When It Comes to Job Creation