Ann Curry’s dismissal from the “Today” show epitomizes what goes wrong when an employer hires or promotes the wrong person into a job.

Curry was co-host with Matt Lauer for the past year.  Formerly she was the show’s new anchor.  Her parting words were “I’m sorry I couldn’t carry the ball over the finish line but, man, did I try.”

And that football analogy, along the lines of “get one for the Gipper” attitude, is the first mistake many managers make in recommending a hard-working, personable, dedicated employee for a job he or she is not suited. 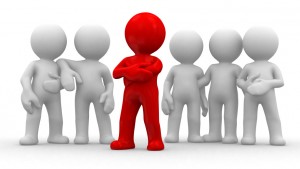 What management failed to recognize or give enough credence to was team chemistry.  With her recent predecessors Katie Couric and Meredith Vieira, the show and the show rose to be number one in its class.  Couric and Vieira had great chemistry with Lauer and supporting cast members like Curry.  But being the catalyst for great chemistry and being an ingredient are worlds apart in the world of employee selection.  It’s the difference between inspirational leaders and cheerleaders.  Many leaders are great cheerleaders but the same can’t be said for the reverse.

It wasn’t that Curry lacked the skills for the job. She’s smart, empathetic, and likeable. In fact, her credentials from “60 Minutes” and “The View” deemed her worthy of promotion after Couric left several years ago. She was passed over for Vieira.  But Vieira’s departure opened the door again and management apparently felt Curry deserved a chance.

I’ll guess and give Curry an “A” for culture fit.  But her team fit was just ok – maybe a C+/B-.  It wasn’t that she wasn’t a good team player – from all accounts she was.  But the chemistry between her and Lauer was never the same as her predecessors.  Ignoring that chemistry during the employee selection process – or thinking time would allow it to work out – doomed Curry and knocked the “Today” show out of the number one slot after 852 weeks of beating “Good Morning America.”

Taking good team fit to greatness is what the “Today” show needed to stay on top.  Management erred in thinking that Vieira’s departure left just another slot to fill.  Curry ably filled the slot but the chemistry her predecessors developed was lost.  Going back to Curry’s football analogy, one super-star doesn’t make a great team unless there is chemistry.  That’s why an average player on one team becomes the standout on another. And the arrogant superstar who jumps ship for more money may languish in mediocrity on another team.

Don’t forget timing and the competition too.  Just a few years ago, NBC might have retained its number one position compared to what was happening on the rival networks. But Good Morning America stepped up its game and was in the right position at the right time.

In hindsight, promoting Curry into the co-host position wasn’t a terrible decision. It is repeated many thousands of times each day in companies around the country – reward and promote the most deserving employee from within the company without giving good team chemistry the priority it deserves. The decision just wasn’t the right one and could have been avoided.

What lessons can employers learn from Curry’s rise and fall:

1. Longevity and loyalty and even individual skills are not a guarantee for success in future roles.

2. Team fit is more than filling a slot with a qualified worker; it is chemistry among and between each team member that converts a team from good to great.

3. Don’t rest on your laurels.  What got you to number one and worked in the past might not be good enough as markets and competitors constantly change.

4. Assessing good team chemistry is an art and science. The art aspect inherently throws accurate assessment a curve ball. But an integrated approach to employment testing can help remove a lot of the guesswork and provide employers a much better chance of hiring employees who can do the job and elevate the team.

MBA Tuition Doubles; Salaries Flat – Is the MBA Worth It?

Are Jobseekers Better at Finding Jobs Than Companies Recruiting Talent?

What’s Next for Talent Acquisition in 2017?