A day doesn’t go by that I don’t read a blog, LinkedIn discussion, or business article challenging the existence of a skilled worker shortage. 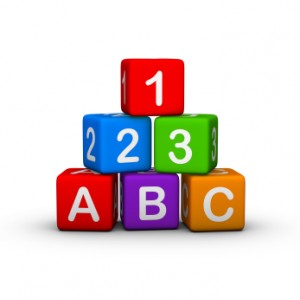 A few weeks ago I presented a keynote address to the Executive Women’s Roundtable in Dallas, Texas. Most of the attendees were shocked by the statistics and trends I presented about skilled worker shortages. As suspected, I encountered a few objections. Most of the arguments targeted employers. The antagonists say that management in many companies simply refuses to pay qualified workers what they are worth. I can’t argue with them on that accusation. That is absolutely true.

Some employers still don’t get it — that high unemployment does not equal more qualified workers in this new global and technology-driven economy. The bar for minimum requirements has been raised substantially. Many previously employed and experienced workers now fall under the bar. To recruit and retain skilled workers, employers will need to re-examine how they compensate their workforce.

Supply and demand also plays a part. The supply of workers — domestic and international — available to do many task-oriented jobs far exceeds demand. Jobs that were once a sure bet to middle-class wages can now be performed at a fraction of a cost in developing countries or by automation. For those workers holding a high school diploma or less with no secondary education or trade school experience, I see low-wage, low-skill positions in your future.

But none of these arguments negates the fact that the U.S. has a significant and growing skills shortage. You need look no further than educational attainment, high school dropout rates, and basic literacy to see that U.S. employers are facing an acute shortage of skilled workers.

I can summarize my “case” for skilled worker shortages with two points.

While many argue that a four-year degree isn’t the best preparation for many of the new good-wage earning jobs, you just can’t refute that few, if any, skilled jobs can be performed well without the minimum of a high school diploma.

And yet, nearly one out of eight working age adults (12.4%) in the U.S. do not have a high school diploma. For Hispanics, that number skyrockets to more than one in three (35.6%). Since the Hispanic population makes up a growing segment of the total population and is nearing a majority in many states, that situation alone poses a monumental problem when you discuss skilled workers.

The largest segment of working-age adults holds a high school diploma and no secondary education. According to the U.S. Census Bureau, 2011 Annual Social and Economic Supplement, 24 percent of the population fits this category. The number jumps to more than 31 percent for adults 55 and over, nearly 32 percent for blacks, and 27 percent for Hispanic. That means that somewhere between one-fourth and one-third of our working population doesn’t meet the minimum educational requirements for jobs being created or re-created.

The high number of workers with lower educational credentials in and of itself isn’t creating s skilled worker shortage. For those positions, the supply far exceeds demand. Ed Gordon in fact estimates that nearly 123 million workers are competing for 50 million lower-skill, lower-pay jobs.

But when it comes to unemployment for college graduates, the competition gets stiff.

While the media and politicians seem to focus on the 8-plus unemployment rate, that statistic really obscures the real story. As former U.S. Department of Labor head Robert Reich said, “the average height of Shaquille O’Neal and me is 6 feet tall.” That stat is meaningless of course because Reich is a diminutive 4’10” and Shaq is reportedly 7’4”. And that’s my point. Eight percent unemployment hardly tells the real story of unemployment and worker shortages.

Just look at the table below. The overall unemployment rate is skewed higher when you include the 1.4 million out-of-work workers with less than a high school education. Compare that to the 3.7 percent rate for unemployed workers holding a four-year degree or higher. That is well below the full-employment rate of 5 percent. Unfortunately that is nearly double the rate as recently as 2007 but it is nevertheless indicative of full employment.

The overall unemployment rate is also inflated by age demographics. The hardest hit demographic by age in this economy is the 16-24 year olds, nearly 2.5 times compared to the 35-44 age group and those workers 55 and over.

Breaking this down even further, the rate of unemployment for the youngest workers is more than three times higher between those who didn’t graduate high school and two times higher for those with a high school diploma compared with college grads. The same trend holds true for black workers.

Admittedly education and skills doesn’t always have a direct correlation. The concern over whether colleges are really preparing students for jobs of the future is a good question, and one too vast to cover in this article. But few people can challenge that basic literacy is a must-have requirement for any job today.

More than one-third (37 percent) of the 25-to-54 year old U.S. population does not have the basic ability to write a letter explaining an error on a credit card bill, use a bus schedule, or use a calculator to determine a 10 percent discount (Level 3 literacy).

Tragically, it has been reported that less than half (44%) of 25-to-34 year old high school graduates operate at literacy levels of 3 or higher. That means that more than 4 out of 10 working age adults don’t have the functional literacy skills to perform even the most basic jobs. Worse, nearly 55 percent of workers 55 to 64 year old have literacy skills at level 1 or 2. For your reference, Level 1 literacy is the ability to locate the expiration date on a driver’s license, total a bank deposit slip, or sign their names; Level 2 is the ability to locate an intersection on a street map, understand an appliance warranty, or total costs from an order.

Even if you discount the importance of post-secondary and advanced degrees in job skill requirements, you must be hard-pressed to ignore the basic literacy gap between available workers and open jobs. A study in 2009 revealed that in just the city of Philadelphia alone, more than 50 percent of working age adults lacked necessary workforce literacy skills. More than 200,000 failed to obtain a high school diploma. Statewide nearly 38 percent lacked the skills. This scenario is repeated in nearly every major city and the majority of states.

These startling statistics come at a time when nearly half of all new jobs being created require postsecondary credentials and jobs requiring postsecondary education will nearly double that for jobs that do not require such a credential.

Not only does the U.S. have a skills gap but the gap is growing wider as minimum education credentials increase simultaneously with basic literacy deficiencies and 30 percent high school dropout rates.

Beware: Half of Top Performers Do Poorly Second Time Around

The Truth, Myth, and Consequences of Skilled Worker Shortages