The combination of an improving but fickle economy, the accelerating integration of advanced automation into our daily life, and a seismic demographic shift in the workforce have all but pushed traditional recruiting strategies into obsolescence. Aside from all the economic and social disruptive changes, it’s created a tug-of-war between employers’ anguish about widening worker skill gaps and workers’ distress about the lack of opportunity to get jobs or move up the career ladder. 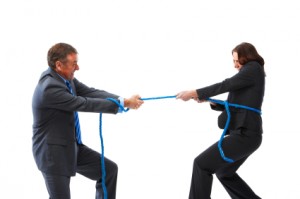 For those people looking for a paycheck, what they see is smoke and mirrors.  If you stand in their shoes, a shortage of workers is pure myth – a crafty message concocted by employers to keep the flow of cheaper, imported labor open and wages low.

The view from the boardroom and production floors is apparently different. It’s like someone flipped a switch and scripted a completely different story line.

From management’s window, worker shortages are painfully real; so much so that strategies are altered and growth plans slowed to accommodate the frustrating inability to attract and retain qualified skilled workers.

So who is right? Is one of the parties blinded by bias and even greed while the other lives in a fog of naiveté and denial?   Or are both parties correct because it just depends on the region you live and on industries in which you work?

The answer is yes.  It’s all of the above. Shortages of skilled labor are not homogenous across 50 states and all industries. They are not even consistent between countries and continents. Shortages of workers concurrent with unemployment and underemployment this time around aren’t based on quantity alone. The popular formulas used for full employment and productivity are outdated. Most metrics only see through the rear view mirror. Government agencies report lagging indicators when business requires leading ones. Data is collected based on numbers of job and numbers of workers without regard to the skills, knowledge, experience, or sophistication required.  And with a dynamically changing and often volatile environment, near real-time data for employment and productivity is essential.

Here are a few examples of trends and changes that are disrupting how our workforce works today…or doesn’t work. It seems these shifts are often ignored or lost when the volume of bureaucratic and political noise increases. And equally if not more impactful is the fact that these trends are not isolated incidents but concurrent events – a Perfect Labor Storm, creating changes that are complex and far-reaching yet subtle. The end result is a continuously evolving labor market that is structurally different than anything anyone of us imagined.

As Yogi Berra once said, “The future ain’t what it used to be,” which is an apt description of the current and future state of our workforce.

86 percent of US jobs today involve offering services instead of making things.

Since the 60s when many Baby Boomers entered the workforce, our economy has shifted. Fifty years ago, just 60 percent of the workforce was employed in service jobs.  Today it’s almost 84 percent, a 40 percent increase.  Simultaneously goods-producing jobs were cut in half, dropped to less than 1 out of 8.  Many workplace policies and mindsets still ignore how the very definition of work and jobs has changed.

Unfortunately for many of the workers educated and trained in the 20th century, they focused on technical skills required for routine jobs. Today it’s cognitive skills plus expertise and knowledge in a given skill that is in high demand.  The demand for high skilled, non-routine cognitive workers is 2 times more than just 30 years ago while the demand for all other jobs is stagnant. It is estimated that by 2019, 17 percent of workers will only use mobile devices to do their jobs (Cisco).

People are working longer, and working after they retire from their main careers.

For many reasons, including the near extinction of defined benefit retirement plans and a significant drop in employer sponsored plans, people are not leaving the workforce. Many baby boomers, forecast to leave jobs at their earliest eligibility, are staying put…or starting second careers.  Between 2006 and 2016, the 65 and older workforce grew nearly 84 percent; 55 to 64 year olds grew over 36 percent. The core of the workforce (at least the workforce we knew since the Industrial Revolution, 25 to 54 year olds grew only 2.4 percent.

Millennials have become the biggest population of workers, starting this year.

For many employers, “doomsday” has arrived.  Millennials (age 15-35) now make up 35 percent of the workforce. With both Baby Boomers and Gen X holding down about 31 percent each, that officially makes the Millennial Generation a force to be reckoned with.  Compare that to just 5 years ago when the Millennials made up only 25 percent and 10 years ago at 15 percent. That’s a problem for companies who are still trying to figure out how to attract, manage, and retain a younger generation with very different values than the Baby Boomer who re-wrote many of the workforce rules 50 years earlier.

What Would You Do If Your Candidate Refused To…