Amidst all the financial chaos and controversy over the JP Morgan Chase acquisition of near-defunct Bears Stearns several years ago, a significant storyline was lost.

Not only did CEO Jamie Dimond oversee the deal of the century but he surreptitiously acquired many of the best minds on Wall Street in the deal. When the dust settled and analysts started to look back upon this historical financial bailout, the most valuable asset that JP Morgan gained was likely the talent, not the real estate, clients or portfolio. 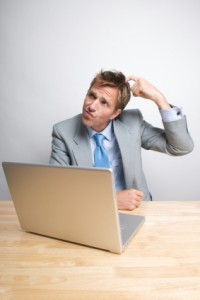 Every acquisition inherently has its risks. In the end some will be winners. Others will be losers. When talent is the most valuable asset in an acquisition – whether it’s the entire workforce or just a single top performer- how do you decide if hiring or retaining a top performer is worth it?

You might be thinking “What a stupid question. You can’t put a price on top performers.” I’d like to suggest you’re wrong.

Look no further than the results of a study that tracked the performance of over 1000 star analysts after they jumped ship for another company. In this study, the researchers found that the blazing success of top performers quickly faded after job hopping. In fact, “fades” may be an understatement. The negative results are downright staggering. Top performers resemble fleeting comets more often than shining stars.

You might think of hiring a star as organ transplant. A quality hire depends on the willingness of the new team to accept the new hired gun. Resentful of the high pay and status given to the star, peers and support staff may avoid the newcomer, cut off information and refuse to cooperate. Like the body, an organization can reject the prized organ that operated so well inside another body. On some occasions, the new organ hurts healthy parts of the body by demanding a disproportionate blood supply. Other parts of the body start to malfunction or stop working. In organizations, the star siphons, and even hordes, an unjustified amount of time, resources and attention.

Before “transplanting” a star into your organization, you might want to think twice. You could get lucky, but success is rare!

Researchers found that when a company hires a star, nearly half of the star analysts did poorly in the new company. After they switched loyalties, their performance dropped an average of 20%. This drop wasn’t just temporary either. The decline in performance was more or less permanent as many of these had-been stars became has-beens overnight. Even after five years, many never regained their star status, despite all the fanfare, high salaries, perks and bonuses showered on them.

So what happens when a star enters the world of free agency? Does he suddenly lose his smarts and intelligence overnight? Does he clean out his desk and turn in his skills and experience along with his security pass and keys?

What this study showed was something I’ve intuitively known and shared with clients for several years. It’s now comforting to know I wasn’t just making this stuff up!

Simply put, job fit – skills and personality – only solves one piece of the hiring puzzle. Just as critical are two other “fits”: team and culture.

It’s the importance of these team and culture fits that was explained by the study: only 30% of a star’s top performance stems from personal competencies and capabilities. Seventy percent – yes, that is 70 percent -depends on the procedures, personalities, relationships and subcultures of the organization he works for. As a result, a star’s performance may be unable to be repeated in another company unless the systems, processes and people are nearly the same or until he learns to work the new system. The lesson: don’t expect to see star performance unless you can support the star in a style to which he is accustomed. It is impossible for a star to survive without a supportive team, manager, and staff.

Stars don’t stay with organizations very long with organizations either, at least not long enough for employers to get a return on the huge investment paid out to bag them in the first place. Thirty-six percent of the stars left their new jobs within 36 months and another 29% quit before 5 years. The loss is even worse when you compare external hires to internal promotions.

A just released follow-up study found that external hire were 61% more likely to be fired from their new jobs than were those who had been promoted from within the firm. Although the external hires tended to have more education and experience than the internal hires, the study revealed that employers overlook the important role that culture and organization knowledge had on performance. Matthew Bidwell, the author of the study, said it’s important for companies to know that “people don’t hit the ground running on day one.”

The challenge of recruiting top performers isn’t an easy one to solve. Once stars start changing jobs, they keep on truckin’. When all is said and done, it’s just not that easy to integrate an outside star into most organizations.

Pros and Cons of Using Social Media for Sourcing Candidates