If your company is not using or is under-utilizing social media, you are missing out on a huge opportunity to reach potential candidates. 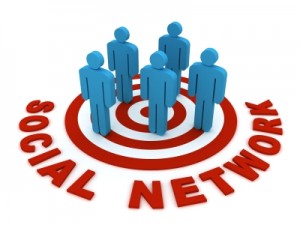 Social recruiting is becoming commonplace. Seventy-nine percent of companies are already using or planning to use social media in their business strategy. A recent survey by Jobvite.com revealed that nearly 9 in 10 jobseekers have a social media presence and more than 22 million Americans reported using social media to find their current job. As skilled workers become scarcer, the more critical it is for your business to show a strong brand and set it apart from your competitors.

A consistent, streamlined, and engaging social media strategy communicates professionalism, growth and innovation. These are the factors that transform an organization into an employer of choice.

Social Recruiting: It’s Not All Smoke and Mirrors

In the past year or so, social recruiting and social sourcing have become the focus of many industry conversations. Unfortunately, webinars and conference sessions tend to focus heavily on what it means to “use social,” rather than providing case studies of successful campaigns.

Luckily, it’s not all smoke and mirrors, and many organizations have taken action to get real social recruiting results – like Forrester. And after being turned on to their Twitter careers account (@ForresterJobs), I had the opportunity to chat with Misty Sutton, Forrester’s Manager of Global Sales Recruiting.

Apple Creates Over Half a Million New Jobs: Truth or Hype?

Apple has come under a lot of fire for its employment practices lately. You do have to give them some credit for creating a lot of U.S. jobs. On Friday, the company published the results of a study it commissioned saying that it had “created or supported” 514,000 American jobs, well beyond the 47,000 people that pick up an Apple paycheck each week.

For example, a spokesman for United Parcel Service estimated that for every 40 new packages a day transported through its system, the company hired one more person. Apple also reported that it supported an additional 210,000 jobs among companies creating apps for Apple devices like the iPhone and iPad.

Not everyone agrees with the numbers. While not refuting that Apple has made a significant contribution, several economists and employment experts dispute the large number of jobs that Apple wants to take credit for.

What do you think?  Does Apple deserve credit for more than half a million jobs?

Why Don’t Companies Recruit Employees Like They Market Customers?

Is it possible to bring the jobs back?

Jobs Disappearing at Accelerating Rate – Is Yours at Risk?

Unemployed Workers – Unlucky Victims or Just Not Ready for Jobs?